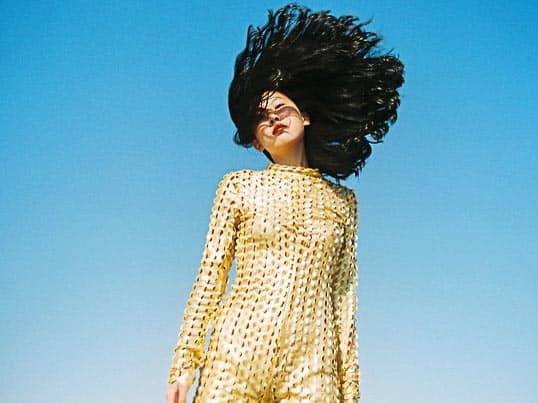 I think that for Ren Hang, being Chinese seems to only have managed to amplify his sense of freedom (some may call it mischief). But on a closer examination of his words, actually that is maybe an overstatement.

He has said in interviews that China has little influence on his work, and emphasizes repeatedly that his work is not a critique of Chinese politics. Ren limits himself to avoid the police when he is shooting because they are really after him. He often has to flee the set with all his equipment.

What I absolutely love about Ren’s work is that every single post speaks in one way or another about nature, but seen from a very unique, very sexual, and lush perspective. His work is to me a quiet, but exuberant celebration of organic patterns — as well as of the interactions between them — having the human element always as a key player.

There is some of his work I do not like so much, like the photos with dead fish and stuff like that. It shocks me but not they way I like being shocked. However, there are so many amazingly beautiful images in his body of work.

He has said somewhere that when he goes out shooting he does not know what he is looking for, that often he finds out after, when seeing the photos. I loved finding out about this, because for me it is so often that way too with my own work.

All in all, Ren is someone I will be keeping an eye on for the foreseeable future.